An Australian Election Is Imminent. Here’s What’s at Stake. 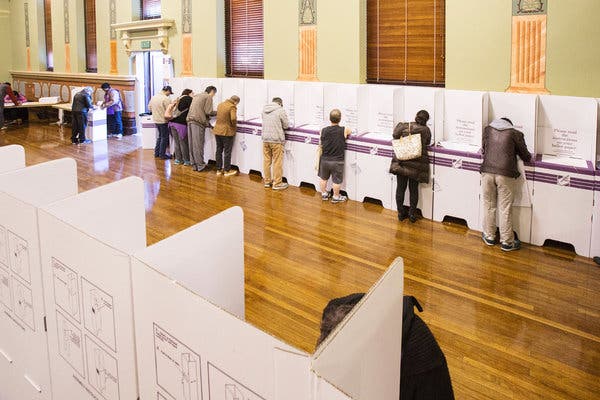 ustralians will go to the polls next month to elect a new government, and because elections take place as soon as 33 days after they’re officially called, the country’s politicians will have to move quickly to solidify votes.

Whoever takes the helm will have to contend with a set of challenges that mirror those of other democracies around the world.

Here’s a look at some of the key domestic and international issues that we’ll be watching and that Australia’s leaders will be confronting.

In February, Australia became the latest Western nation whose institutions had most likely been tampered with after the government acknowledged that Parliament’s computer network had been hacked by a foreign government.

No country has been named as being behind the cyberattack, but security experts say China, Russia, and possibly Iran and North Korea are among the suspects.

Officials said the three major political parties were among those affected, but wouldn’t say to what extent, because they hadn’t seen anything like this breach before. Even as he said a “sophisticated state actor” was behind the attack, Prime Minister Scott Morrison insisted there was “no evidence of any electoral interference.”

Australian elections are quick, they are compulsory and the majority of voters will cast their ballots on paper. However, during the last federal election, some areas used electronic lists to check voters’ names off electoral rolls. It’s not yet known if those electronic lists will be used in light of the recent hack.

The Australia that will go to the polls in May is markedly different to the one that voted in 2016, particularly when it comes to China. Then, the Australian economy was on fire, Chinese investment had surged to a new high, and while the government blocked some Chinese bids for infrastructure projects, it was a record-setting year for deals with Chinese companies.

For years, the Australian government had been able to successfully navigate its economic ties with its largest trading partner, China, and its strategic relationship with its greatest ally, the United States, without having to compromise on either. 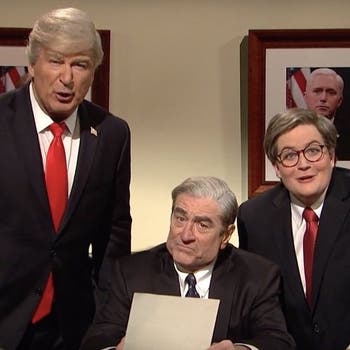 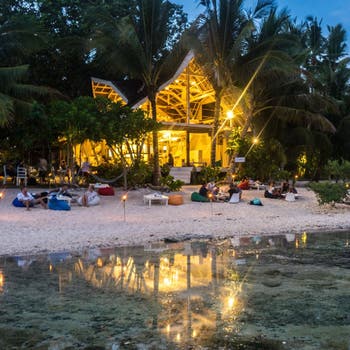 I Broke Up With Her Because She’s White

But a slew of events have redefined Canberra’s relationship with Beijing. In 2017, a prominent Australian senator, Sam Dastyari, resigned over accusations of lobbying for Beijing and taking money from Chinese-born political donors. The government passed a foreign interference law, requiring lobbyists for other countries to register and disclose their activities — one of many efforts to push the Chinese government’s soft-power campaign out of the shadows.

And in August, Australia banned Huawei, the Chinese technology giant, from participating in the building of a fifth-generation telecommunications network.

Politicians have been reluctant to explicitly discuss the China challenge up till now, but pressure will continue to build no matter who wins the election.

It was ostensibly energy policy that led to Malcolm Turnbull becoming the third prime minister in 10 years to lose the job — a dispute about addressing climate change prompted the change.

But the public is far less divided. A recent poll found that 59 percent of Australians are concerned about climate change and frustrated at the lack of initiative from Canberra to address it.

Several independent candidates are running in key electorates — including the former head of a clean energy corporation who is campaigning for the seat won last time by Josh Frydenberg, the treasurer.

Even so, the two main political parties have staked out vastly different positions on climate change. The Labor Party has said that there will be no new coal-powered plants if it wins, but the Coalition has not ruled them out. Labor also supports a 45 percent emissions target by 2030, while the Liberal Party said that it is committed to 26 percent by 2030. Labor has also promised rebates for households installing solar batteries and wants 50 percent of new car sales to be electric vehicles by 2030.

Mr. Morrison says he will spend billions of dollars on a hydroelectricity project to help alleviate rising power bills and offset carbon emissions. He has criticized the opposition’s policies, arguing that higher emissions targets would “crash the economy.”

As President Trump calls for funding to build a wall on the Mexico border, Mr. Morrison continues to boast of his role in stopping boatsfull of asylum seekers heading to Australia, and now wants to limit the number of skilled migrants who come to the country legally each year.

The move to reduce the current cap on immigration by nearly 30,000 people is seen as a step back by many. The country has relied on immigrant labor to fuel its economic boom as its population has grown to 25 million. The move also represents a reversal for Mr. Morrison, who pushed back against cutting the cap before he became prime minister.

The Labor Party, on the other hand, wants to increase the annual refugee intake from 16,250 to 27,000 by 2025 and said it would stick to the current migration cap should it win.

But the issue of immigration has created a heated debate in Australia, as voters and politicians ask: How much of the opposition to immigration comes from concerns over strained infrastructure in cities, and how much comes from racism, Islamophobia and fear?

A senator recently made global headlines when he blamed Muslim immigration for the mass shooting in Christchurch, New Zealand.

Mr. Morrison has had to deflect criticism of his party as anti-immigrant and anti-Muslim. When asked if the Coalition had a problem with Islamophobia, he said: “As leader, my job is to set the right tone. And the tone I have set, you can see from my experience. My example has been to work with the Muslim community very deeply.”