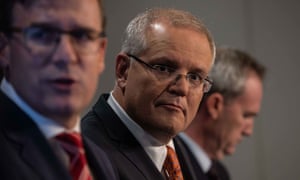 The effectiveness of the federal government’s new rules for skilled worker migrants, designed to encourage people to settle in the regions, has been questioned by a former senior immigration bureaucrat.

Abul Rizvi, the former deputy director of the department of immigration, has also questioned the wisdom of designated area migration agreements (Damas), bespoke arrangements which carve out regions with special visa rules and concessions, to address skills shortages.

The changes announced on Wednesday related to holders of two kinds of visa: the skilled employers sponsored regional visa (previously known as the regional sponsored migration scheme) and the state and territory sponsored visa.

The places under each visa would increase from 6,000 to 9,000 and 8,500 to 14,000 respectively, and holders must live and work in a regional area for three years if they want to apply for permanent residency.

They are free to move around within regional Australia, defined as outside of Sydney, Melbourne, Brisbane, the Gold Coast and Perth.

The immigration minister, David Coleman, said on Wednesday the changes were brought about because a one-size-fits-all approach wasn’t “appropriate”, and the migration program needed to match the differing needs around the country.

He said there was a “strong desire for migrants” in South Australia and other parts of the country.

But Rizvi, who left the department in 2007, questioned how the government expects demand for the visas will increase to 23,000 when the new rules actually make permanent residency harder to obtain.

Rizvi said the number of visa places last financial year were not a cap but reflected what was accepted.

According to departmental reports the regional sponsored migration scheme saw a decrease in applications of almost 40%.

“I think that’s not so much a lack of demand but more that I don’t think the government is giving these visas much priority,” he said. “It’s good that they’ve decided to give them priority but that five years of neglect has had an impact.”

He said the decline was due to frustrations among regional employers and state and territory governments, as well as the backlog of applications. While applications decreased, the number of people “in the pipeline” increased by 21.2%.

His comments followed those from demography researcher Liz Allen, who said the government was leaving people in limbo with its backlog of partner visa applications.

Rizvi said the increase to regional skilled migrant visas flagged by the government had to come from somewhere, but the tougher requirements would likely drive prospective migrants towards other pathways.

“I don’t know what visas they’re going to get rid of, but assuming they don’t get rid of any existing regional visas … then undoubtedly there are easier ways to get permanent residency than what they’ve announced,” he said.

Multiple visas – including those under Damas – contain potential pathways to permanent residency without requiring years living in regional Australia.

South Australia’s five-year agreement allows up to 300 people a year to be sponsored under 60 occupations experiencing skills shortages, including agriculture, forestry, hospitality, tourism, health and construction.

Kalgoorlie-Boulder’s covers up to 500 people over five years, in 73 occupations including mining, engineering, construction and childcare.

“Our first priority is always to fill jobs with Australians but the immigration system can play an important role in helping to address regional skills gaps,” Coleman said.

The two join the Northern Territory, which has had one since 2014.

The NT’s Dama allowed for up to 500 employers to fill jobs in 19 occupations identified as suffering a skills shortage, and included concessions for some visa requirements like language skills.

Fewer than 60 people have reportedly come in under the Dama in the past two years, although both Rizvi and Greg Bicknell, from the NT chamber of commerce, said that is still significant given the NT’s small population.

Bicknell said with changes that allowed for Dama participants to access permanent residency, he expected there would be even more take-up.

Rizvi said Damas were a good thing in theory but posed difficulties and were slow and expensive to negotiate.

“The moment you start negotiating region by region you get competition for the biggest concessions,” he said. “You get a race to the bottom, and that is really risky when you start going down this path.

“The Dama there for the NT has enormous flexibilities. Just about anybody could qualify for the NT Dama.”

Other schemes to address the skills shortage in the NT – largely attributed to the $34bn Inpex gas project drawing away local workers for the higher pay – have included generous subsidies and payments to people who move to the area from interstate but the NT continues to battle with population decline and job losses.

In a net overseas migration figures released on Thursday, the NT was the only jurisdiction to see a population decline, losing 0.2%.

That figure is 19,400 people lower than the previous year.